William Aston Maddox, born 31 May 1791, Virginia, son of John Maddox III and Eleanor Aston, died  February, 1866, Ohio County, Kentucky. He is thought to be buried in the , County.

William served with the Confederate Army during the Civil War.  It is thought their home was located near McHenry or Centertown.

As you can see in his Will, below, he made an agreement with his son Daniel for Daniel to take care of Elizabeth, his wife, until her death, and left his other children only $1.00 each. 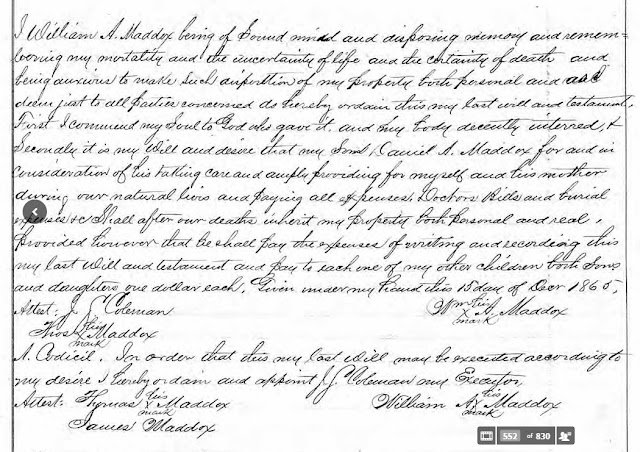 Email ThisBlogThis!Share to TwitterShare to FacebookShare to Pinterest
Labels: Maddox