James Pendleton Vandiver (1869–1932) was a fiddler, born in shortly after the American Civil War. He was uncle to bluegrass musician Bill Monroe, who immortalized him in a song, "Uncle Pen".

used to hear his uncle playing fiddle on the hilltop where he lived, while put away his mules at night. He later said that Vandiver was "the fellow that I learned how to play from." Vandiver played fiddle at local square dances and social events, and his nephew backed him up, playing mandolin. 's parents had both died by the time he was 16, and he lived part of the time with his Uncle Pen, in his two-room hilltop house in . Vandiver had been crippled earlier, and he made some money with his music. Bill Monroe's biographer, Richard D. Smith writes, "Pen gave Bill more: a repertoire of tunes that sank into Bill's aurally trained memory and a sense of rhythm that seeped into his bones. Sometimes Bill played guitar behind his uncle, sometimes the mandolin."

On September 13, 1973, a monument in honor of Uncle Pen was unveiled

by at the . Another way he honored Penn's memory was to play the part of "Uncle Pen" in Ricky Skaggs' Country Boy music video. 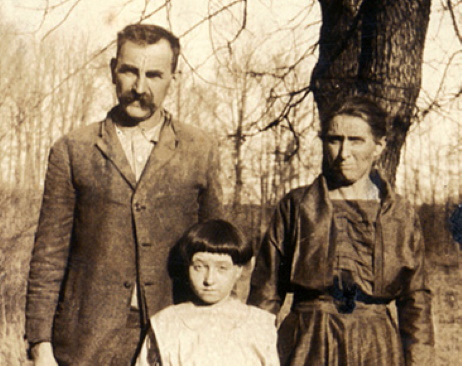 The photo above shows Vandiver with what is presumed to be wife, Anne Belle Johnson Vandiver, and their daughter, Lena Narne Vandiver, taken during the 1920s.  Source:  John Lawless, bluegrasstoday.com 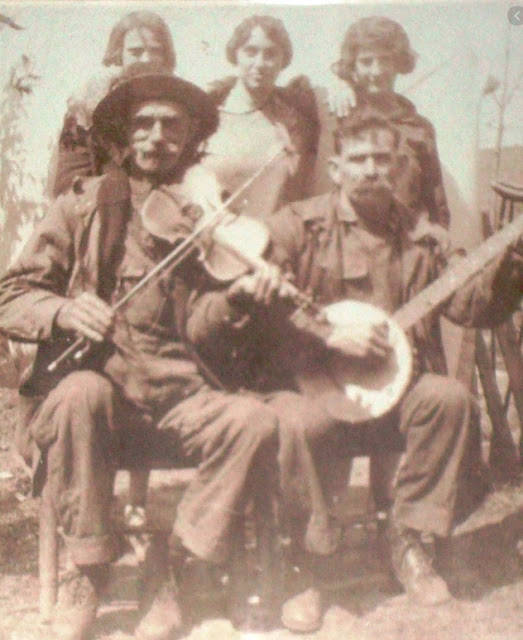 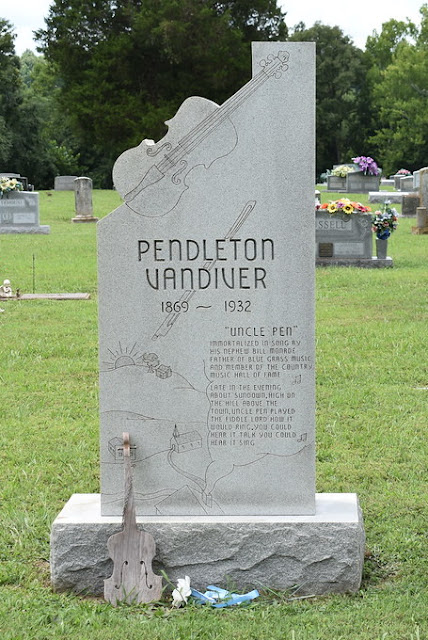 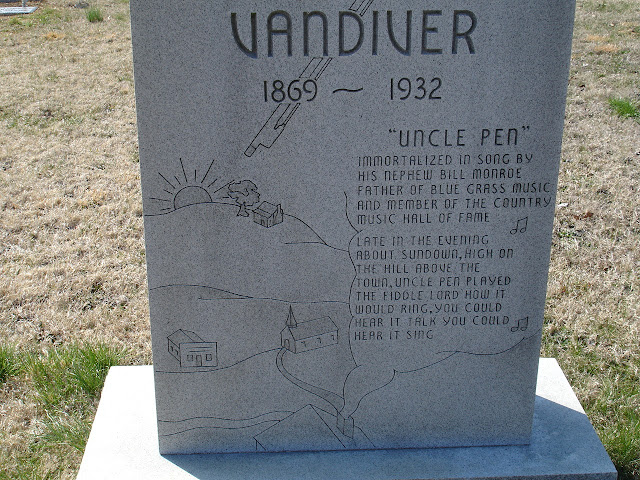 Email ThisBlogThis!Share to TwitterShare to FacebookShare to Pinterest
Labels: Vandiver