Joseph A. Foreman was born 4 Jul 1880 in   Joseph’s wife was Elizabeth Brown, who was born 22 Nov 1884 in ; her mother’s family was originally from .  They had two daughters,  Josephine Elizabeth Foreman and Phyllis Catherine Foreman, both born in .

Near the end of the Spanish-American War Joseph traveled to the to work and stayed there a few years. He returned to  about 1905 and stayed there the rest of his life. He married in 1908. Joseph died in 24 Feb 1955 and is buried in , .  His WWII Draft Registration says he was 5’11” and weighed 162 pounds: 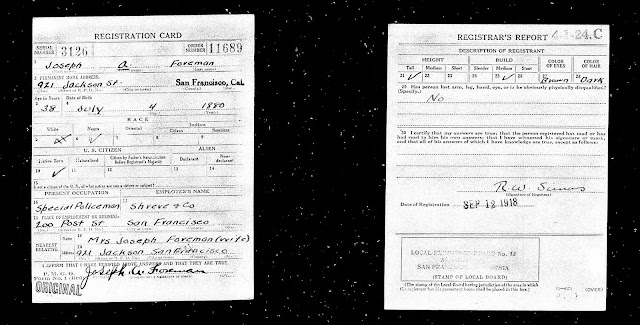 Most of this information was found in an oral history book concerning Joseph’s daughter, Josephine E. (Foreman) Cole, who was quite famous.  A library was named for her in San Francisco. The oral history book is dated 8 my 1978 and is about 85 pages long; I have copied the first 9 pages that are primary references to Josephine’s father (since he was born in Hartford) but there is a reference on page 48 of the book to the Sandefur family, which were referred to as white neighbors of the Foreman family (in the book their name is spelled Sannifers). 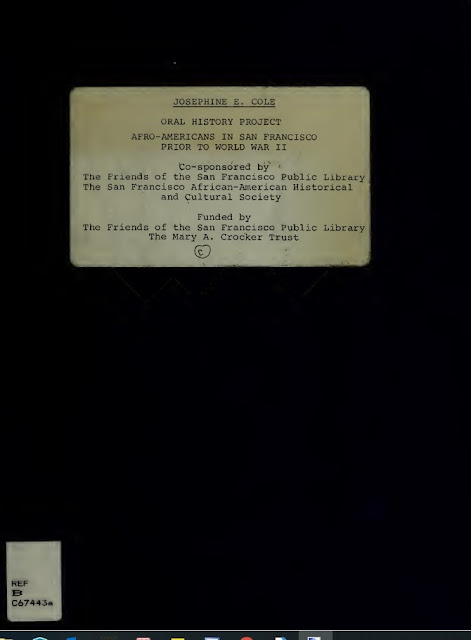 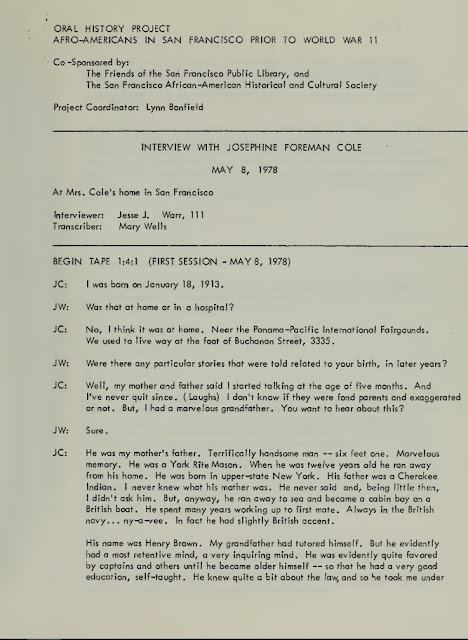 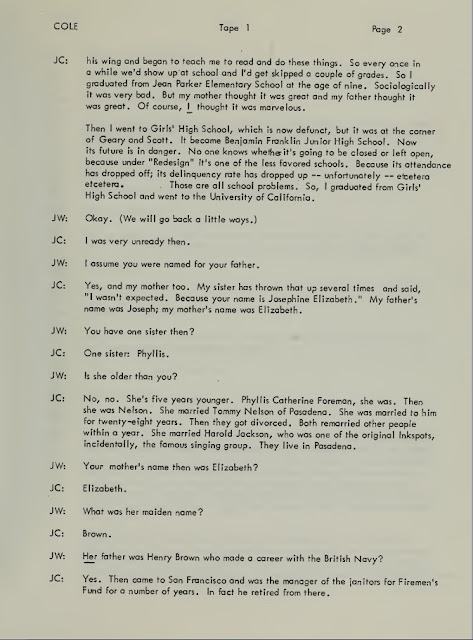 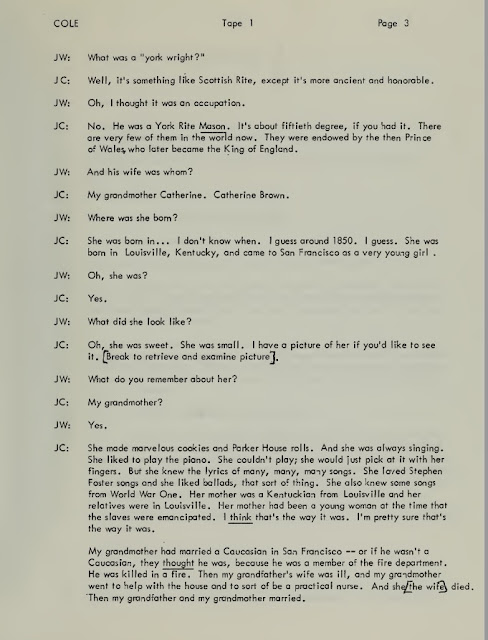 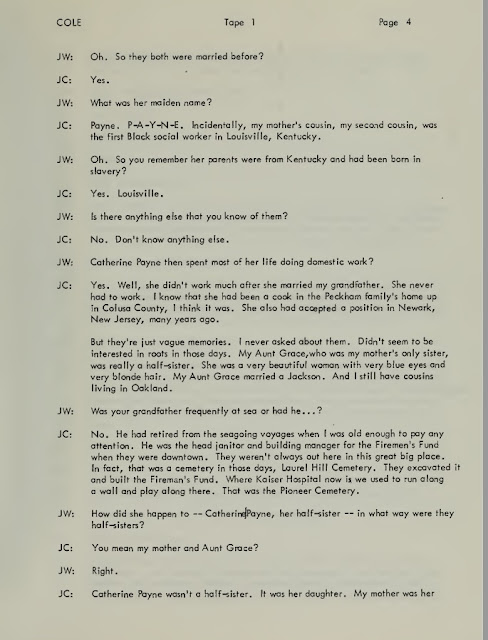 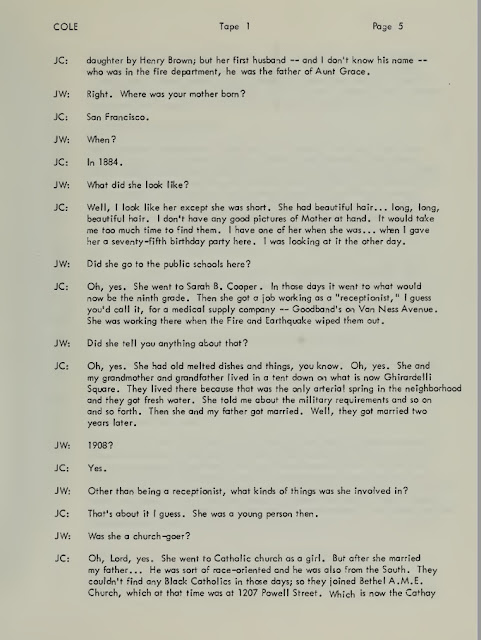 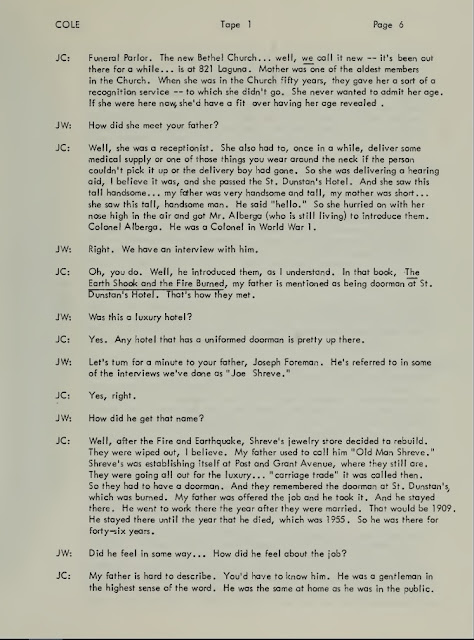 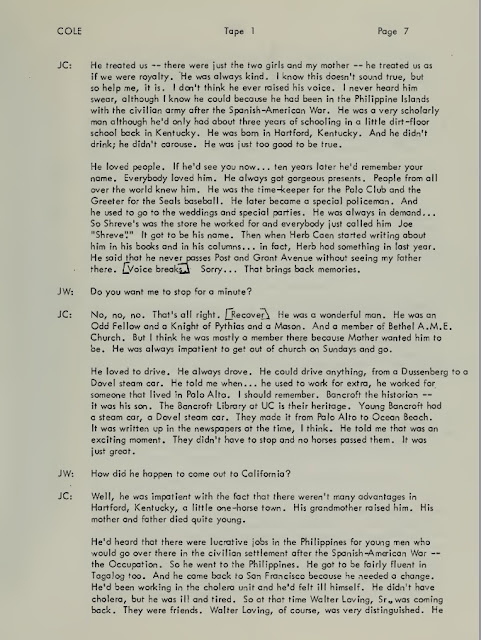 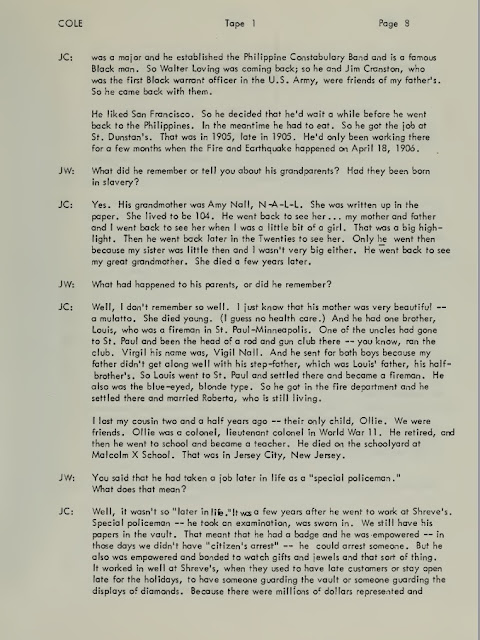 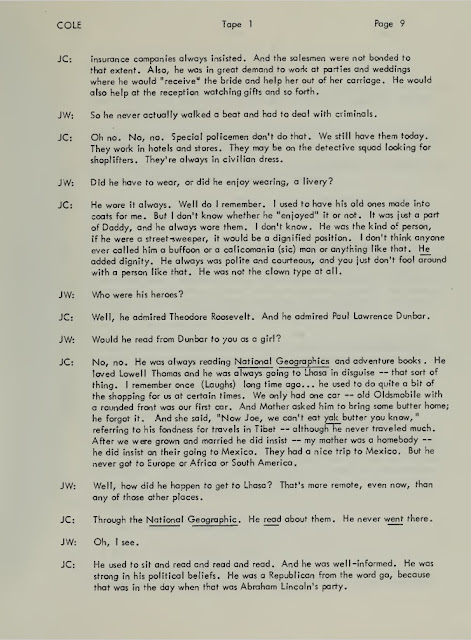 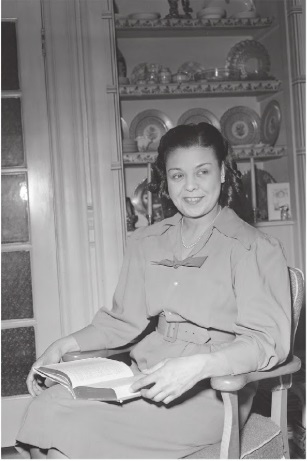 Email ThisBlogThis!Share to TwitterShare to FacebookShare to Pinterest
Labels: Foreman