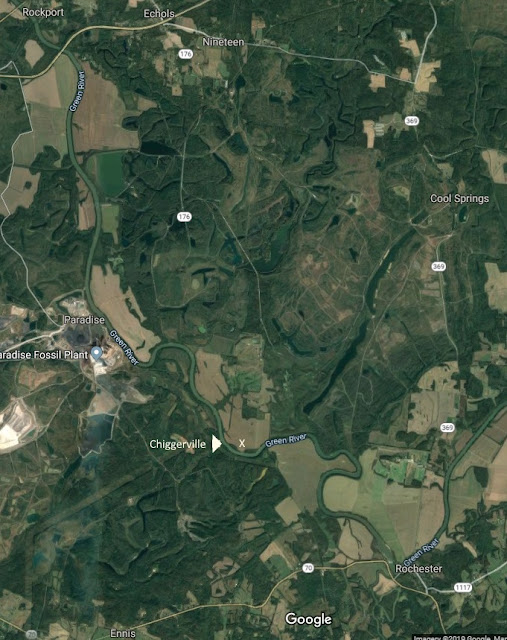 The Chiggerville Archeological Site is part of the Green River Shell Middens Archeological District and is located on the north side of the Green River about 3 miles west of Rochester [Note: this location is taken from a map in the article below - the above map was a screen-shot from a current Google map].  This site was discovered in the late 1800’s or early 1900’s and has been extensively studied and excavated by various archeologists.  Basically, the site is composed of shell mounds left by ancient Indian tribes that lived near the river.  The shell mounds are enormous heaps of mussel-shells which often are ten to fifteen feet high.  Within the mounds are graves and artifacts.

This site is on private property and I assume it has been damaged by flooding. For all I know it is no longer there. Maybe one of you can report as to the current condition.  I think, but I'm not sure, that there was once a small town or village named Chiggerville and it might have been on the south side of the Green River - but the archeological site is on the north side of the river (according to the map below).

The following is a report from 1939 describing what was found at that time: 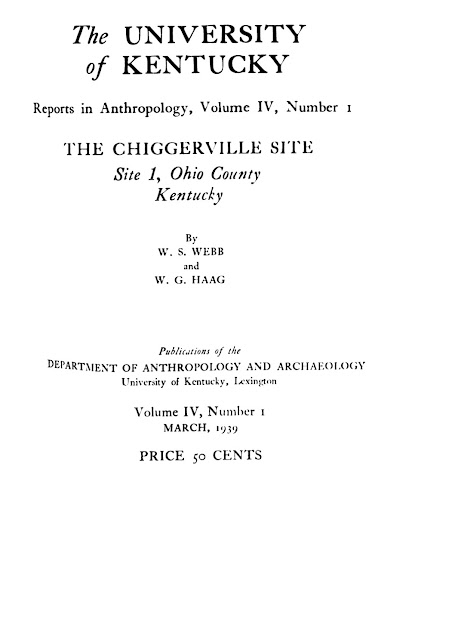 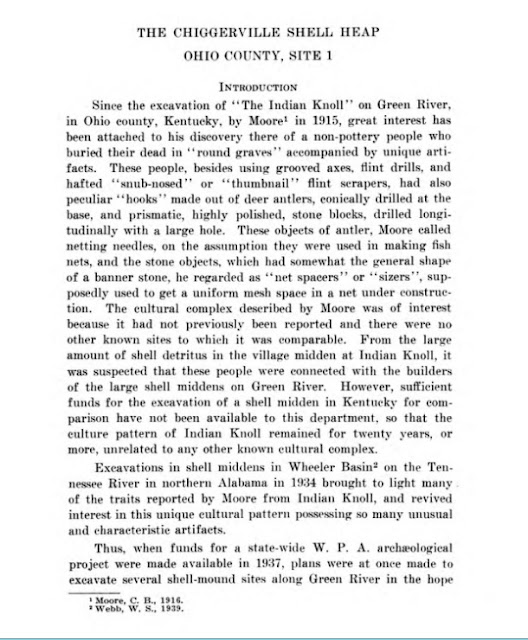 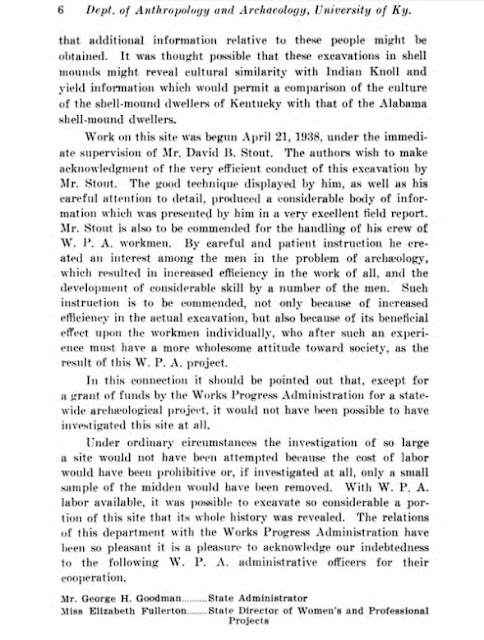 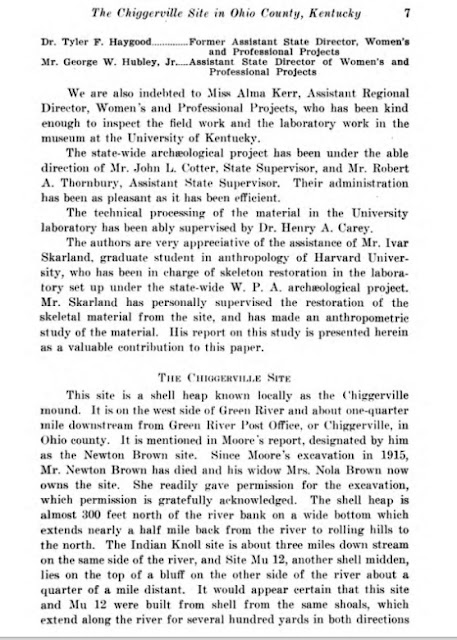 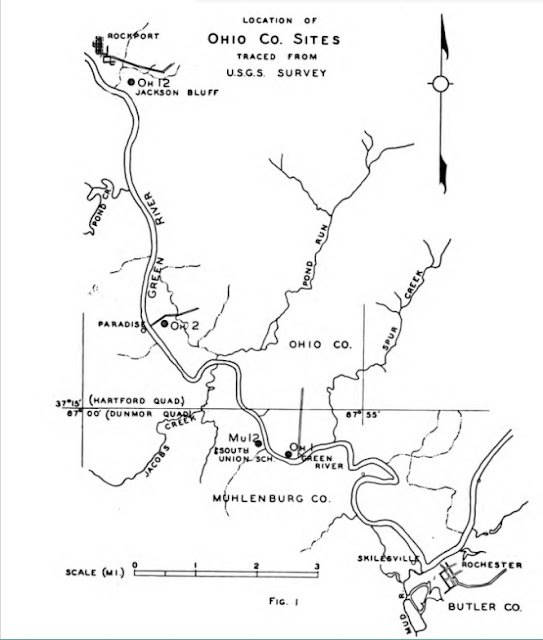 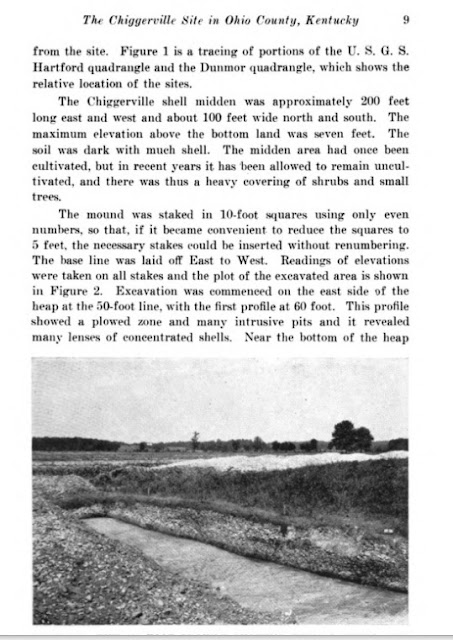 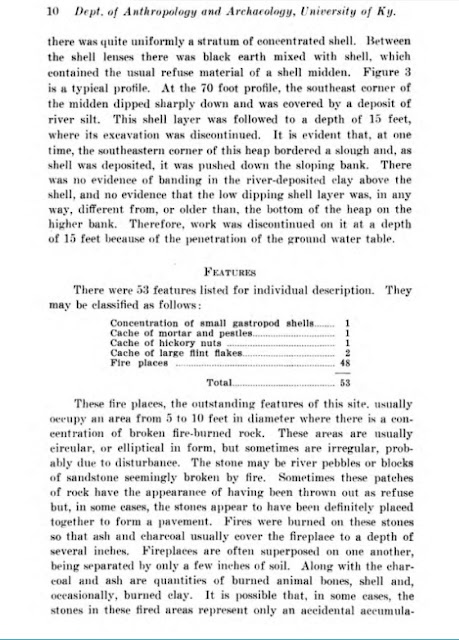 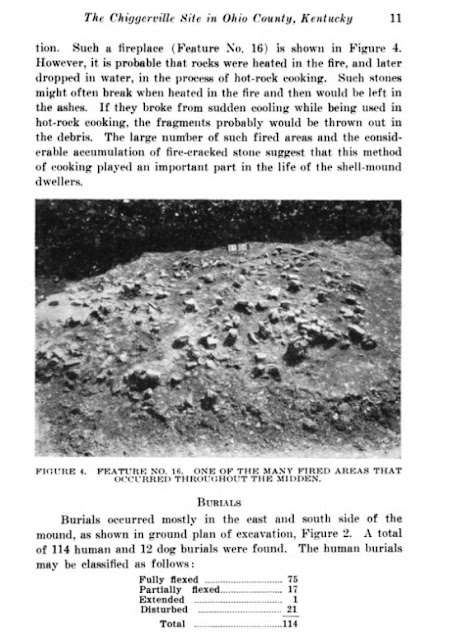 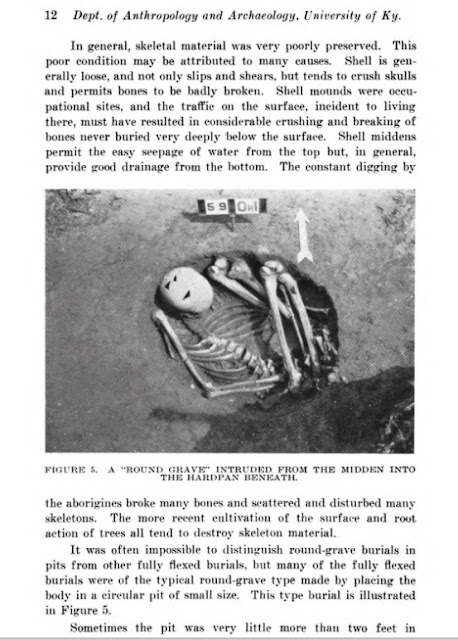 Email ThisBlogThis!Share to TwitterShare to FacebookShare to Pinterest
Labels: Chiggerville