Mrs. Johnston was born in Ohio County 22 Oct 1847 and later lived in ; she married Cyrus R. Johnston.  There is a chance her maiden name was spelled Atkins.   She died in 20 Oct 1936.  Here is some info from Findagrave:

Mrs. Mildred Johnston, who taught art in Beaumont 40 years ago, died at her home, 365 Euclid, shortly before midnight Tuesday, following a paralytic stroke ten days ago. Mrs. Johnston would have been 89 tomorrow. She was the widow of the late Professor C.F. Johnston, and they came here in the 90s. Mrs. Johnston was an artist of note, her landscape paintings winning wide acclaim. Mrs. Johnston was a native of Kentucky, where all surviving relatives reside, was a lifelong member of the Presbyterian church. Funeral arrangements will be announced by the Roberts Undertaking company.


Mrs. Johnston wrote a poem about her school days in Ohio County and it was published, along with other poems, in a book she called Autumn Leaves, by Mrs. Mildred Adkins Johnston; Publication date: 1917; Publisher: Paragon printing works, Beaver Dam, Ky. Collection: Library of Congress.

A reprint of this book can be purchased on Amazon. 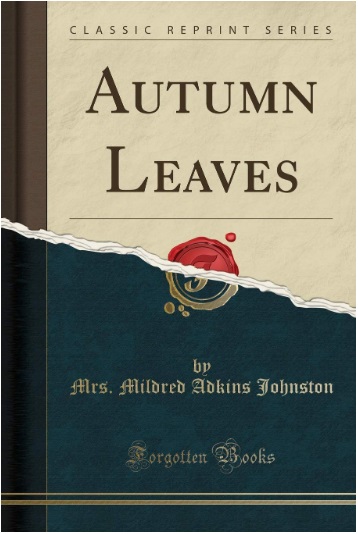 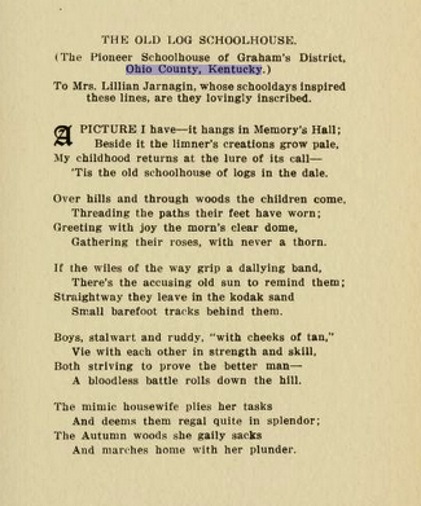