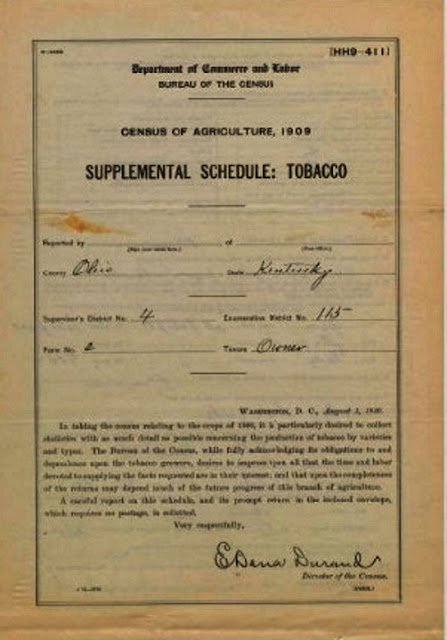 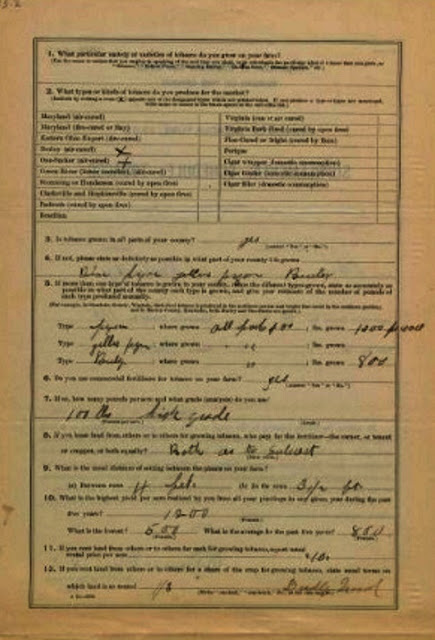 Nelson Dudley Leach was born 17 Aug 1887 (the year of his birth might have been 1888 but his WWI Draft Registration says 1887) in Rosine and according to the 1910 census lived on Rosine Road in Cromwell, Ohio County.  Dudley married Bertha Holland in 1904. He died 26 May 1960 in Hartford and is buried in Sunnyside Cemetery at Beaver Dam.

Here is a quote from his grand-son, Ercie J. Leach: "I remember my Grandfather (Pap) as a "gruff old man" but really very nice and loving in his own way. The first time I ever saw him he seemed very, very old, but never aged any more, to me, up until the time he died. I enjoyed going to the fields with him. I looked forward to lunchtime when I would get to ride one of the mules or horses (Bob and Annie, the mules when he lived on the old Muddy Creek farm near Mt. Zion Church and later Maude and Mabel, the gray horses when he lived on the John Duke Thompson Place in Horton) to water them in the creek and almost sliding off when they bent down to drink. Sharing his lunch, biscuit and country ham, or fried egg sandwiches. He always worked extremely hard, plowing, cutting bushes out of the fields or fence rows, cultivating or hoeing corn. I worked hard for him in the late 40's in the tobacco fields, hanging tobacco in the barn, or stripping (Burley or Dark). He was a good guy and I loved him and liked being around him. He and Mam always wanted me to tell them about being in the Army. When I came home on leave after being commissioned, they were very impressed with my 2nd Lieutenant bars. I was too, of course. I thought I was pretty hot stuff. They were fascinated that I was flying airplanes and helicopters. I would always go visit them in Rosine and talk about the Army and flying for hours at a time. I was home on leave from Fort Carson, Colorado in May 1960, and he asked me to take him to the Doctor. I assumed it was just a routine visit, although when I asked him how he felt, he told me he didn't feel too good, but would be OK. Three or four days later, Dorrine, our two children and I left to go visit Ginny in Louisville. Shortly after we arrived at Ginny's we received a call from Mama that Pap had passed away. He had been pretty lonely after Mam died almost three years earlier. He had a hard Kentucky Farmer's life; he was almost 72 years old."